I just got back from a trip to Paris where I went to visit my brother, sister-in-law, and 15 month old nephew! The weather was beautiful. We did a lot of walking, some shopping, and of course tons of eating. One of my favorite things to do in Paris is to wander around the grocery stores. I found gluten-free sections in both the regular grocery store and the organic grocery store. Check it out: 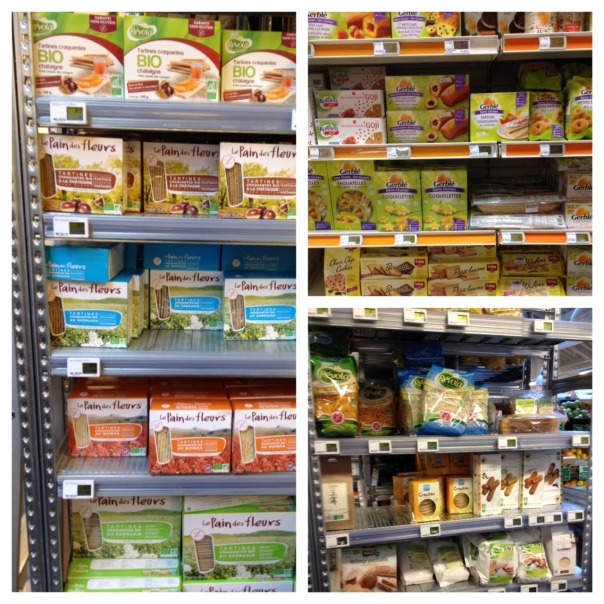 Here are some goodies I brought home: 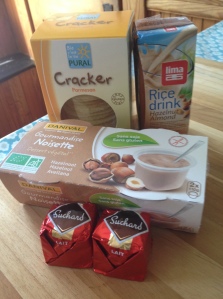 The markets in Paris are amazing. Farmer after farmer selling fresh vegetables, fruit, poultry, scallops, flowers, and on and on. This particular market we went to is open every day except Monday. I wish we had markets like this here in Boston!

Food shopping is so different in Paris. People generally buy fresh ingredients every couple days. The closest grocery store is usually a short walk away and there’s a bakery on just about every block. In general, the quality of food is so much better.

One of my favorite meals was getting crepes from a French creperie. Savory crepes in France are made with buckwheat flour, so they are gluten-free and FODMAP friendly! Traditional fillings include swiss cheese, ham, egg, goat cheese, mushrooms, and spinach. I had mine filled with swiss cheese and egg. 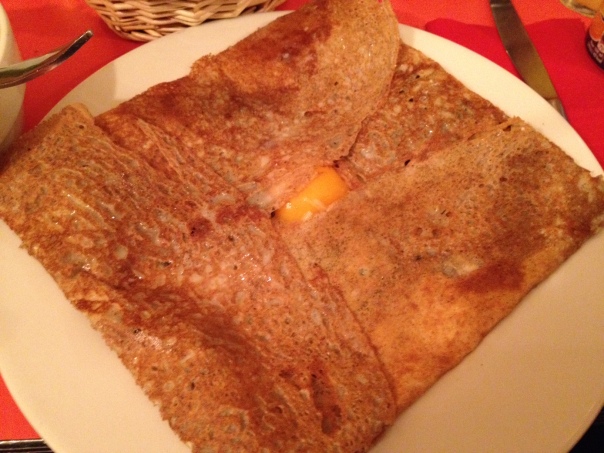 My hypothesis was correct! My crepes came out light and airy like the French ones. 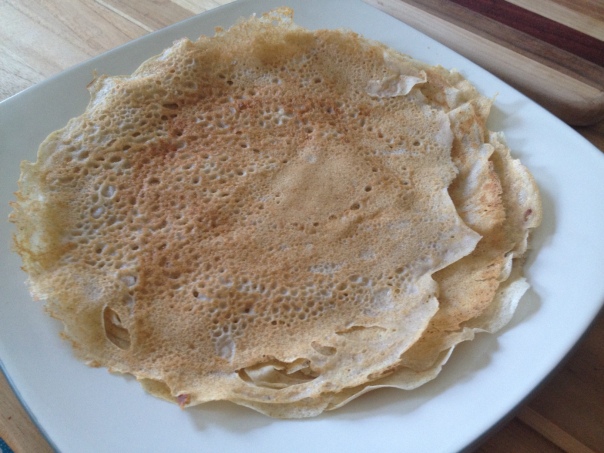 Do not fear if you don’t have access to French buckwheat flour! I tested my recipe using buckwheat and oat flour and the crepes came out just as delicious. Try making a batch for dinner and filling the crepes with savory FODMAP friendly ingredients such as ham and cheese, an over easy egg and cheese, or spinach and cheese.

Instructions:
1. Put all ingredients in a blender and blend until smooth.
2. Heat a large nonstick pan on medium heat. When hot, spread  a dab of butter over the pan and let it bubble. Pour about 1/4 cup of batter into the pan and quickly tilt the pan to spread the batter until it looks like a thin pancake. It will probably take a few tries to get this down and you may need to add more milk to the batter if the crepes come out too thick.
3. Cook the crepe a minute or two until browned on one side, then flip and cook another minute until browned on the other side. Add your fillings and continue to cook a minute or so more until the cheese starts to melt. (If you’re making crepes for many people, you may want to cook all the crepes first, then add fillings and reheat right before serving.)